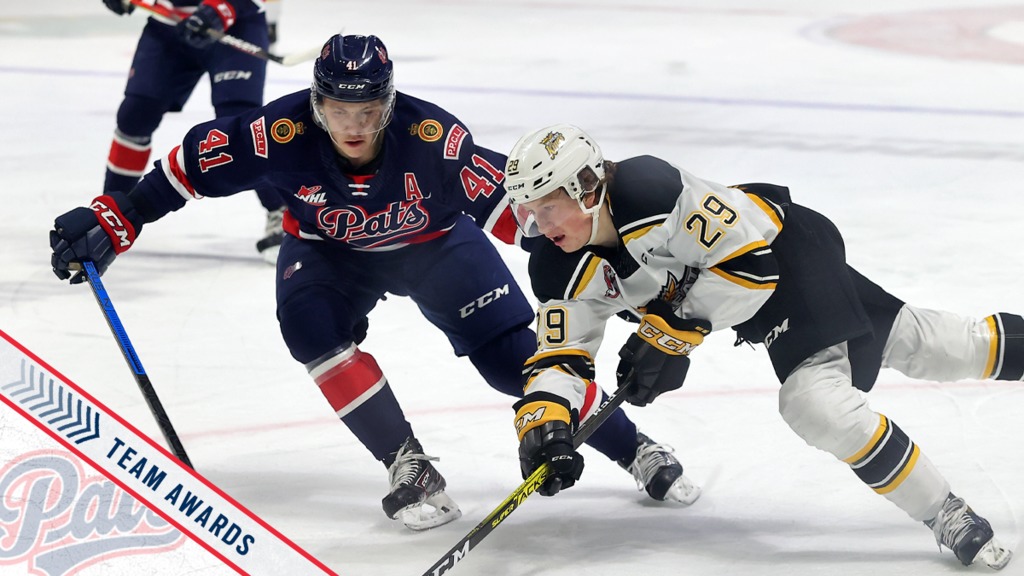 The veteran defencemen was announced Tuesday as the winner of the Bill Hicke Most Popular Player award after nearly 10,000 votes were submitted by the Regiment.

Evans – who received well over half of the votes – had a tremendous season for the Pats, finishing with 28 points (3G-25A) in 24 games. The Calgary, Alta. product tied Connor Bedard for the team scoring title, splitting the Torchy Schell Top Scorer Award.

2020-21 was a breakout season for Evans, who more than doubled his point per game average from a year ago, going from 0.49 to 1.17 PPG. With just two nights remaining in the WHL’s regular season schedule, Evans sits second in WHL defencemen scoring.