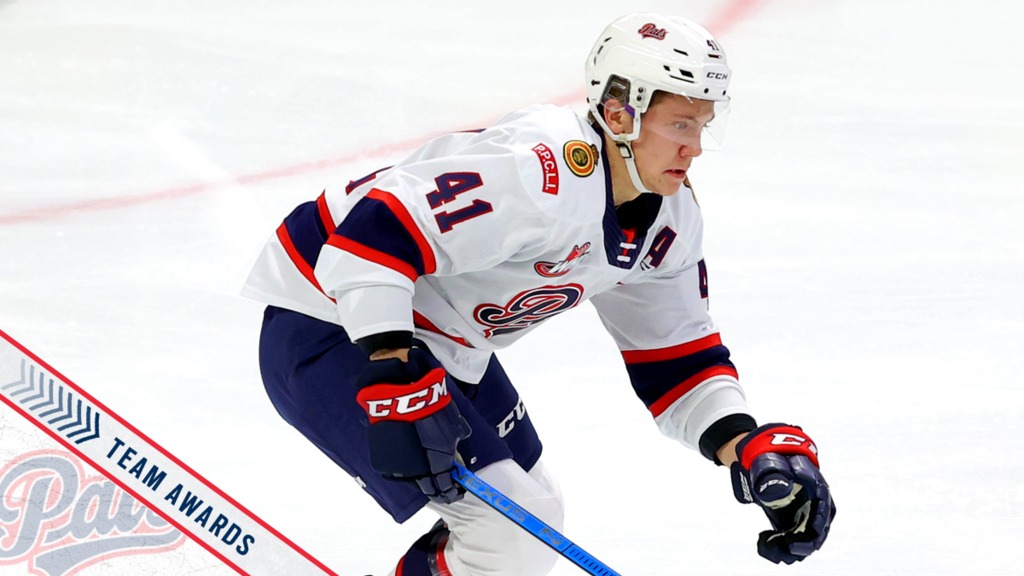 REGINA – After finishing second amongst all WHL defencemen in scoring, Ryker Evans has been named the Regina Pats 2020-21 Player of the Year.

The announcement was made Monday and concluded the Pats’ year-end awards campaign, which opened back on May 4.

Evans was selected for the award by Pats hockey operations after appearing in all 24 games for Regina this season inside the Subway WHL Hub. The 19-year-old Calgary, Alta. product finished in a tie with Connor Bedard for the team lead in points with 28 and is the first defencemen to win the award since Colby Williams in 2014-15.

Evans finished his third season in Regina with three goals and 25 assists, averaging 1.17 points per game. That production marked a significant leap from the Pats’ top defencemen, who averaged 0.49 points per game a year ago.

“There’s no question that receiving this award is warranted and the big reward is hopefully going to come in June when he gets drafted,” Pats head coach Dave Struch said of his NHL Draft hopeful.

“What he’s done in the offseason has been the biggest reason why he’s come this far. He’s committed to getting better as a person, as a player, and he’s become a very big part of our leadership group. It’s all paying off for him.”