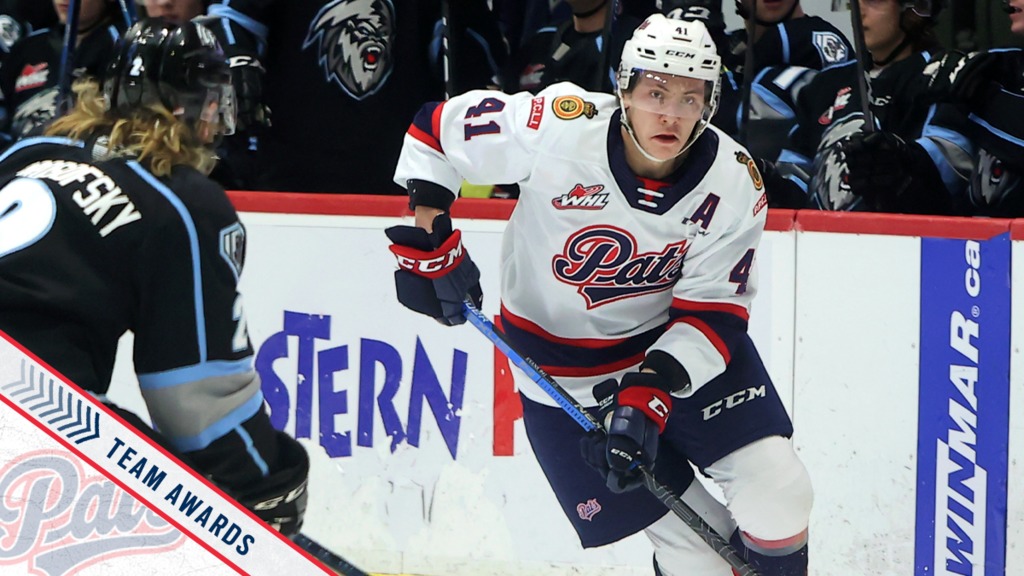 The third-year Pat was announced Wednesday as the club’s Charles Johnston Memorial Top Defenceman. The win was Evans third during the Pats year-end awards season, after splitting the Torchy Schell Top Scorer award with Connor Bedard, and then earning the Bill Hicke Most Popular Player award.

Evans’ win marks the second consecutive season the Calgary, Alta. product has been named Regina’s top defender, after he claimed the award in 2019-20 when he registered 31 points in 63 games (7G-24A).

2020-21 was even better for Evans, who more than doubled his point per game average from a year ago, going from 0.49 to 1.17 PPG. He finished the 24-game season with 28 points (3G-25A) and is second in WHL defencemen scoring with one night remaining in the B.C. Division’s regular season.

“He’s come such a long way since the first year we had him. He was undersized – height, weight, strength – and he’s come along over the years to become one of the top defencemen in the WHL,” Pats head coach Dave Struch pointed out.