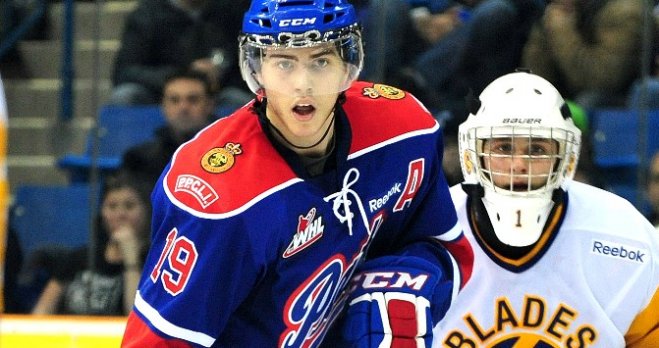 Regina, Sask. — Hockey Canada and the Canadian Olympic Committee (COC) have announced the 25-player roster that has been nominated to represent Team Canada at the 2022 Olympic Winter Games in Beijing, China. Among those players is Pats’ alumni Jordan Weal.

After his Pats career came to an end following the 2011-12 season, the 5-foot-10, 179 lb. forward has embarked on a 10 year professional hockey career, with 218 career games (32G-37A-69PTS) in the NHL, split between the Kings, Philadelphia Flyers, Arizona Coyotes and Montreal Canadiens. This season, Weal has played in the KHL with Ak Bars Kazan, where he has scored 12 goals, 18 assists and 30 points in 36 games.

The Pats organization would like to congratulate Jordan on making Canada’s 2022 Olympic roster and wish him the best at this year’s Olympics.