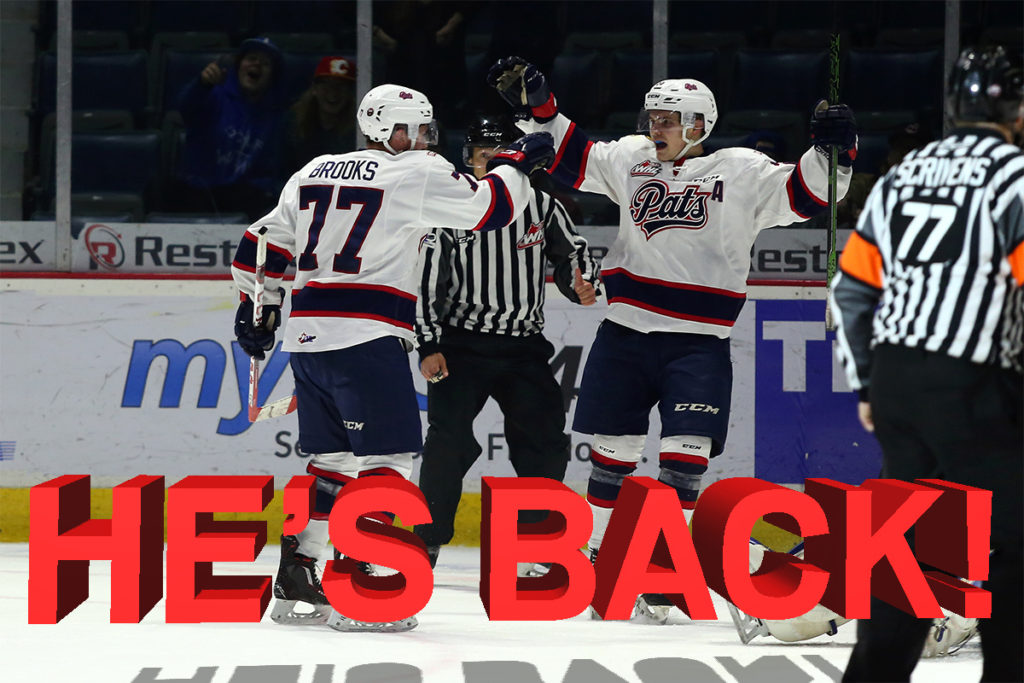 The Regina Pats Hockey Club announced Monday, the 2015/16 Bobby Clarke Trophy winner, Adam Brooks, has been sent back to the team by the Toronto Maple Leafs.

Brooks, a fourth round pick of the Leafs in 2016 NHL Draft, was reassigned to the Pats after taking part in training camp with both the Maple Leafs and Toronto Marlies over the last four weeks.

“We are thrilled to have Adam back,” said Pats Head Coach and GM John Paddock. “When adding a player like that to any team in the league, he is going to make you better. We look forward to him playing this week.”

The Winnipeg, MB product led the WHL in scoring last year with 38 goals and 82 assisted for 120 points. He is entering the fifth season of his junior career.

Brooks is expected to be in the lineup Wednesday when the Pats host the Portland Winterhawks, Wednesday at the Brandt Centre at 7 p.m.

The Pats also announced that defenceman Owen Williams (00), has been reassigned to the Greater Vancouver Canadians of the BCMML.