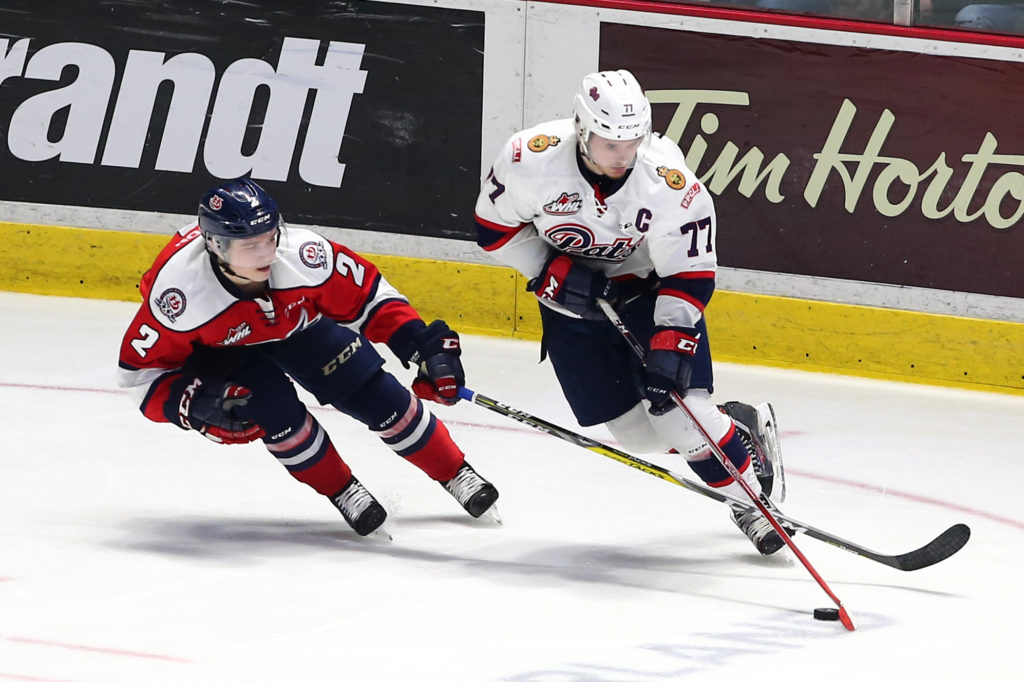 Calgary, Alta. – The Western Hockey League announced today that Regina Pats forward Adam Brooks has been named the WHL Player of the Week for the week ending April 30, 2017.

Brooks registered eight points (1G-7A) in four games, helping the Pats go 3-1 to claim the Eastern Conference Championship and advance to the WHL Championship Series presented by Rogers for the first time since 1984. This is the third time this season Brooks has been recognized as WHL Player of the Week.

Brooks is tied for fourth on the Pats in playoffs scoring with 18 points (5G-13A) in 15 games. His four game-winning goals are second in the WHL Playoffs, while his 13 assists are good enough to sit tied for fourth.

The 20-year-old product of Winnipeg, Man., finished the WHL regular season second in overall scoring with 130 points (43G-87A) in 66 games after returning to the Pats from the Toronto Marlies of the American Hockey League.

He was originally a second-round pick (25th) of the Regina Pats at the 2011 WHL Bantam Draft.

Brooks and the Pats host the Seattle Thunderbirds for Games 1 and 2 of the 2017 WHL Championship Series presented by Rogers, with Game 1 scheduled for Friday, May 5 (7 p.m. MT) at the Brandt Centre in Regina.