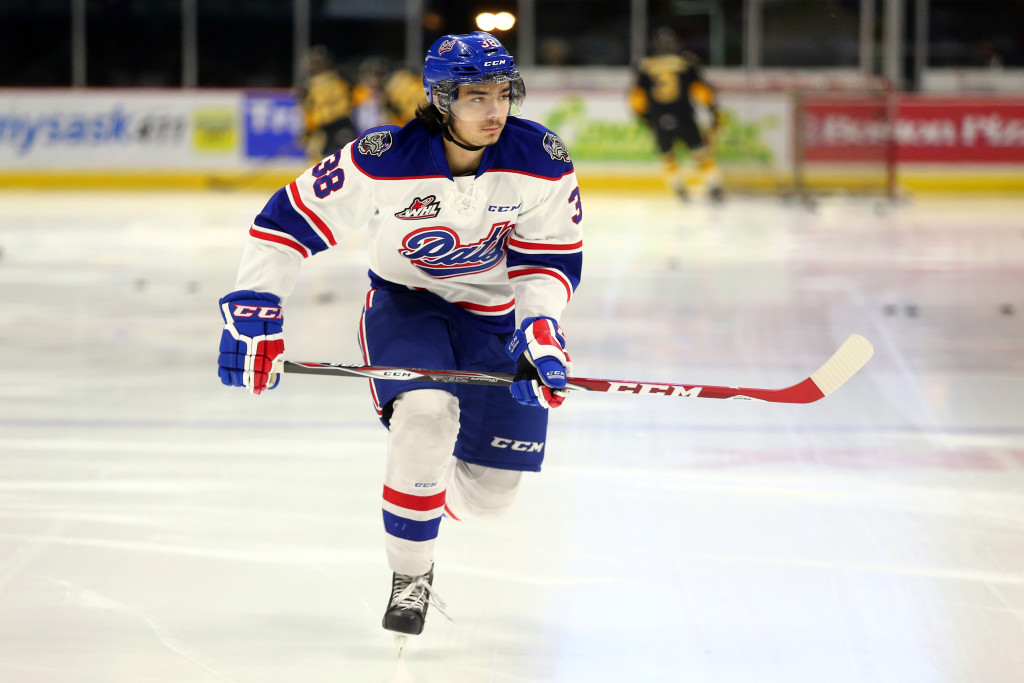 Saturday and Sunday both follow a similar schedule with the three teams of rookies and prospects practicing in the morning from 8:30 a.m. until 11:15 a.m.  Scrimmages run in the afternoon and evening from 3:00 p.m. until 8:30 p.m. with half-hour breaks in between games.

The Blue and White Game takes place Monday, August 31 at the Co-operators Centre with puck drop at 7:00 p.m.  The top forty rookies and prospects face off as they battle for spots in the 2015 Pre-Season Rookie Tournament.  Admission to the Blue and White Game is $2.00 or a non-perishable food item to be donated to a local charity.

Members of the media will have access to players and coaching staff following each on-ice session based on the requested personnel’s availability.

Pats rookies and prospects face-off against their counter-parts from the Moose Jaw Warriors, Prince Albert Raiders and Calgary Hitmen in the 2015 Pre-Season Tournament from September 3-5 at the Co-operators Centre.  The Pats play all three nights with puck drops at 7:00 p.m.